Founded by our CEO, Patrick Donahoe, his goal was to be recognized as the industry leader in product visibility and invoice-auditing solutions throughout the logistics supply chain. While working as Traffic Manager at Hyundai Motor America (HMA), he needed a better way to track vehicles. He soon noticed two things; once a vehicle left the ports or plant, confirming status or location was essentially a manual process depending on faxes and phone calls, and there was often no indication a vehicle had been delayed until there was an angry call from a dealer or the regional offices. This started the process of setting up new tech around a Bulletin Board system, a first in the industry to receive pick-up and delivery information online in 1987. HMA continued to use this system until 2002. Additionally, Hyundai paid invoices based on our data, but our Auditors wanted an Invoice Audit system.

In 1992, after contacting several companies, Pat realized that no one had a solution to these problems and was motivated that he could build a working solution for far less money than consulting with other providers. Unlike most of his peers at the time, Pat had an excellent grasp of database design and the tools available to communicate digitally with the logistics service providers. Pat set a framework for how he would design the system and resigned from HMA to pursue this vision, establishing a corporation under PK Donahoe 30 years ago. While many people in the industry were surprised by his decision, he had many early supporters. Wayne Waggoner, the owner of The Waggoners Trucking and a serial entrepreneur himself, was one of the few that had confidence that PK Donahoe would be successful. As a show of his faith, he paid $500 for an hour of consulting, the first sale. Another early believer was In Cheol (Edward) Lee, the Executive Coordinator for the Distribution and Logistics Department at Kia Motors. He championed Pat internally while pushing to improve the system’s capabilities, with our current company name, ICL, inspired by his name.

Pat also worked with Gunter Mayer, an Austrian engineer, to develop the system. They selected a new database solution, implemented a requirement for rigorous documentation, and added additional effort to testing.
After HMA, Pat worked with several OEMs and service providers as a consultant while creating a new system version before they developed what would become ICL’s first successful platform, Integrated Logistics Management System (ILMS). In 1994, ILMS was ready for the market; before the wide adoption of the internet, the original system was designed as a “client-server” solution, which resided with, and was maintained by, the OEM.

In our next blog, we talk about our move to the web and how that lead to our first project launch with Mercedes. 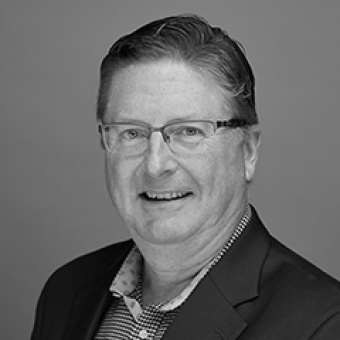 Tom Swennes is a logistics and supply chain executive with over 33 years of experience in finished automotive logistics. Tom has a background in systems development, sales and extensive operational experience at the OEM level, which shaped his unique perspective of the challenges of this dynamic industry. Tom is also a longtime leader in the Automotive Industry Action Group (AIAG), co-chairing the Standardized Electronic Messaging and Visibility workgroup. 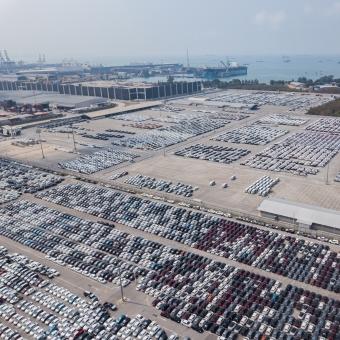 In the early 2000s, the concept of “Order to Delivery” was touted as the Next Big Thing in the automotive industry. As more consumers across the US get more selective with what vehicles they want to drive, we dive into a quick history on Order for Delivery, its risks, and impact on Supply Chain Visibility, as well as how this will shape the future for buying a vehicle.